How climate change affect the birds of the Amazon rainforest

How climate change is affecting the Amazon rainforest’s birds

The climate catastrophe is harming the planet’s most ‘virgin’ locations, disrupting ecological balance and driving species to adapt, according to a group of scientists.

Climate change is having an increasing impact on our lives. The same thing is happening in the natural world, with major difficulties for biodiversity (coral reefs becoming increasingly threatened, endangered species…), but we are learning all the time that more habitats and species are being impacted by the global climate catastrophe.

This is how a group of Louisiana State University scholars explain it. In their research, scientists looked at how anthropogenic changes in weather patterns influence a very specific group of species: Amazon rainforest birds. This is especially important because global warming affects locations far from human populations, which should be the least affected by our actions (as it does polar bears in the Arctic).

“If you look through the sale and contemplate what you see outside, today’s situations are vastly different from 40 years ago.”

Scientists have depended on examinations of these species for the past four decades, and the trend is clear: not only have their numbers plummeted, but their wingspans have grown significantly at the same time as their size and weight have shrunk. More concerning, these changes are linked to the rate at which high temperatures and water availability deteriorate throughout the dry season, which runs from June to November.

“We are observing the effects of climate change even in the most distant sections of unspoiled Amazonian forests,” says Vitek Jirinec, principal author of the study published in the journal Science Advances. “Over generations, Amazonian forest birds have shrunk in size while their wings have grown in size, indicating a reaction to changes in environmental conditions and the nutritional and physiological obstacles they encounter,” he writes. 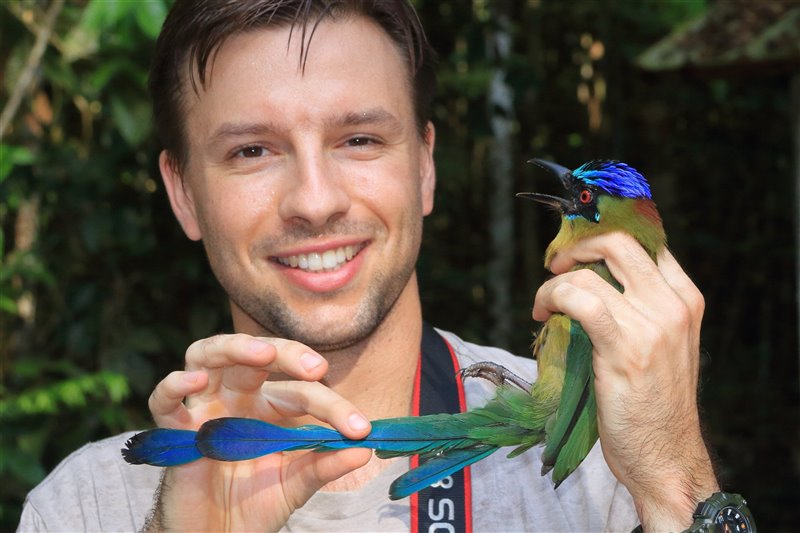 This is the first study to show that these changes occur not only in migratory species, but also in species that spend their entire lives in one location. This precludes the likelihood that any causes other than climate change influenced the changes in their morphology, according to the researchers.

Over the course of more than 40 years, the researchers collected and analyzed data from over 15,000 birds that were captured, measured, weighed, and marked with a band on one of their legs before being released back into the world’s largest tropical forest. The findings are unmistakable: “the data demonstrate that nearly all avian bodies have shrunk in size since the 1980s,” the researchers write. In reality, most species have lost 2% of their body mass every ten years. “For a bird species that weighed on average 30 grams 40 years ago, its weight is now only 27.6 grams,” they say.

What is the significance of this find?

“The size of these birds is determined evolutionary,” says Phillip Stouffer, another of the writers. “They are ideally built for their habitat,” he says, “so when each specimen is significantly lighter than its ancestors, something is wrong.” The study was carried out in numerous sites far apart in the rainforest, with a large diversity of diverse species, to ensure that it was not the impacts of a single area.

There were 77 different species studied, with habitats ranging from colder and darker places near the ground to those residing in the treetops, exposed to the sun and warmer temperatures. They discovered that individuals whose ‘home’ is in the upper reaches of the forest (and who are subjected to greater heat and water shortage) saw the greatest weight and wingspan changes. According to the researchers, these species are responding to the warmer, drier climate by reducing the burden carried by their wings while expanding their lift surface, making them more efficient in flight.

“This is happening all over the place, not just with birds. If you go out the window and study what you see outside, you’ll notice that conditions are substantially different today than they were 40 years ago, and plants and animals are most likely responding to those changes as well “Stouffer continues. “We have this preconceived notion that the things we experience will persist, exactly as they are now, into the future,” he says, “but if that isn’t the case with these birds, that assertion is beyond incorrect.”

What is the verdict of scientists to stop climate change?

Living from the forest, possible and necessary to curb climate change