Humans The Responsible Of Climate Change

Evidence that humans is to blame for climate change

Despite the efforts of climate “skeptic” groups, we have arrived at a position where scientists and politicians alike agree that climate change is causing a global problem.

The Intergovernmental Panel on Climate Change (IPCC) recently issued a report that issued “a red alert for humanity,” according to the United Nations.

The globe is gearing up for the United Nations Climate Change Conference (COP26), which will take place in Glasgow, Scotland, from October 31 to November 12, and is seen as critical in bringing climate change under control.

Nearly 200 countries will be required to provide plans to cut emissions, which could result in significant changes in our daily lives.

But what is the proof of global warming, and how do we know it is the result of human activity?

What evidence do we have that the planet is warming?

Since the beginning of the Industrial Revolution, our world has been rapidly warming.

Since 1850, the average temperature at the Earth’s surface has risen by around 1.1 degrees Celsius. Furthermore, every decade since the mid-nineteenth century has been warmer than the one before it.

These conclusions were reached after analyzing millions of measurements gathered in various locations throughout the world. Weather stations on land, ships, and satellites were used to collect temperature data.

– Multiple different scientific teams have come up with the same conclusion: a rise in temperatures that corresponds to the start of the industrial period.

This summer, Turkey was one of the countries hit by terrible wildfires.

Temperature fluctuations can be reconstructed even further back in time by scientists.

This information gives the current warming phase much-needed context. According to scientists, the Earth hasn’t been this warm in around 125,000 years.

How can we be sure that humans are to blame?

The essential relationship between temperature change and human activity is greenhouse gases, which trap heat from the Sun. Carbon dioxide (CO2) is the most important because of its great abundance in the atmosphere.

We also know that CO2 is responsible for trapping the Sun’s energy. Satellites reveal that at the wavelength at which CO2 absorbs the radiated energy, there is less heat transmitted from the Earth into space.

The release of this greenhouse gas is caused by the burning of fossil fuels and the cutting down of forests. Both activities rose dramatically after the nineteenth century, so it’s no surprise that atmospheric CO2 levels have risen at the same time.

The release of CO2 into the atmosphere is aided by the combustion of fossil fuels.

There is one technique to prove definitively where all this extra CO2 came from. The carbon released when fossil fuels are burned has a distinct molecular signature.

Changes in atmospheric chemistry are recorded by tree rings and polar ice. Carbon-specifically from fossil sources-has increased considerably since 1850, according to the findings.

CO2 levels in the atmosphere have not risen above 300 parts per million for 800,000 years, according to analysis (ppm). CO2 concentrations, on the other hand, have soared to about 420 parts per million during the Industrial Revolution.

Climate models have been used to depict what might have occurred to temperatures if massive volumes of human-produced greenhouse gases had not been present.

They show that if just natural forces had influenced the climate in the 20th and 21st centuries, there would have been little global warming – and possibly some cooling.

The models can only explain the rise in temperatures after human factors are factored in.

Over the last 50 years, the number of weather-related disasters has increased five-fold. 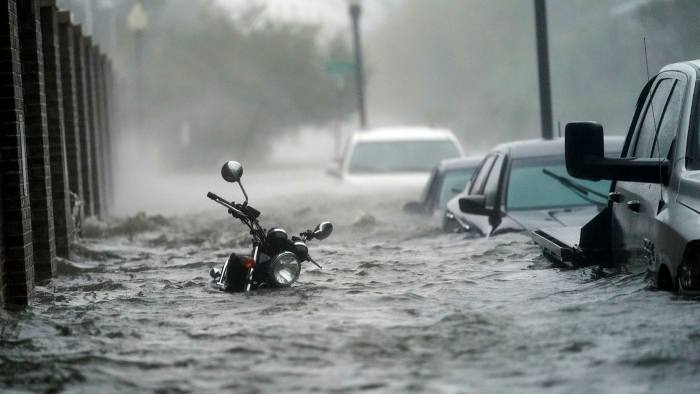 What effect do humans have on the environment?

The degrees of warming that the Earth has already experienced are expected to trigger profound changes in our environment.

The patterns that scientists expect to see with human-induced warming are confirmed by observations of these changes in the real world. These are some of them:

The ice sheets of Greenland and Antarctica are quickly melting.

In the previous century, global sea levels have increased 20 cm and are continuing to climb.

The oceans have become 40% more acidic since the 1800s, hurting marine life.

Wasn’t it, however, warmer in the past?

Earth has experienced multiple periods of warming in the past. Temperatures were so high 92 million years ago that there were no polar ice caps and crocodile-like animals roamed the Canadian Arctic.

However, no one should be comforted by this because humans did not exist at the time. There have been moments in the past when sea levels were 25 meters greater than they are now. A rise of 5-8 meters is thought to be sufficient to submerge most of the world’s coastal towns.

During these times, there is ample evidence of huge extinctions of life. Climate models show that the tropics may have become “dead zones” in some cases, with temperatures too high for most organisms to live.

Variations in temperature between hot and cold were produced by a multitude of factors, including the Earth’s long-term wobble in its orbit around the Sun, volcanic eruptions, and short-term climate cycles like El Nio.

Climate “skeptics” have questioned the scientific basis for global warming for many years.

Almost all scientists that write on a regular basis on peer-reviewed specialist sites, on the other hand, agree on the current causes of climate change.

“It is undeniable that human activity has warmed the climate, oceans, and land,” according to a key UN report issued in 2021.